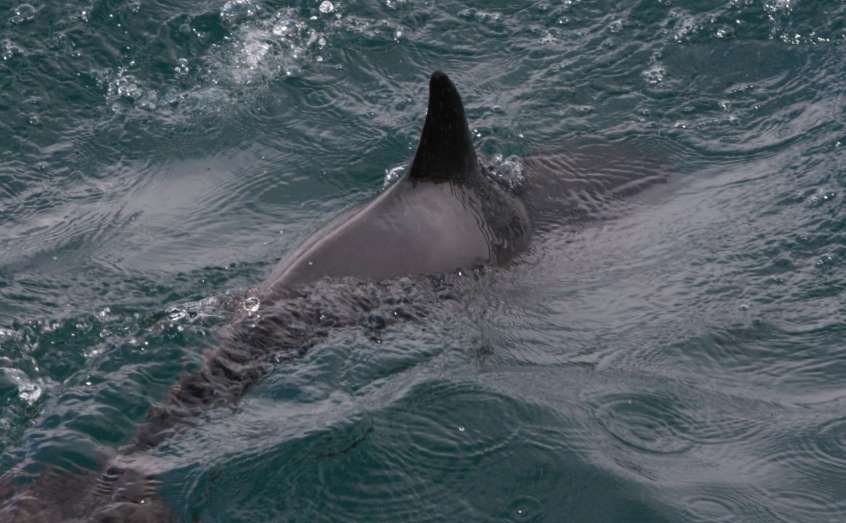 A porpoise swims off the west coast of Scotland. Pic: Lewis Drysdale

Marine scientists have found that the cumulative sound from devices used to deter seals from fish farms on the west coast of Scotland may have had unintended consequences for other species, such as harbour porpoises.

Acoustic Deterrent Devices (ADDs), also known as ‘seal scarers’, have been widely used in the global aquaculture industry to prevent seals eating farmed fish and damaging netting, potentially leading to escapes. They emit a sound designed to be unpleasant to seals and were introduced by the industry as an alternative to shooting seals near to fish farms.

The Scottish Salmon Producers Organisation, which represents the industry, says that there are currently no ADDs in use at Scottish farms but it would consider redeploying newer devices that were compliant with Marine Scotland and the U.S. Marine Mammals Protection Act (MMPA), adding that this consideration would be science led.

A study published today (Wednesday) by scientists at SAMS and the Centre for Fisheries and Aquaculture Science (CEFAS) has modelled the combined noise from ADDs from 120 fish farms covering an area from Cape Wrath to the Clyde.

The study area included the Inner Hebrides and the Minches Special Area of Conservation (SAC) for harbour porpoises, the largest of its kind in Europe. The study found large areas within the SAC were regularly exposed to high noise levels from ADDs.

Using data from 2017 the scientists found that the accumulative level of noise could exceed thresholds in harbour porpoise hearing, which may result in temporary impairment at the lower end of their hearing range. The findings also show that within the study area sound from ADDs could remain above the threshold for temporary hearing impairment up to 28 kilometres from a farm.

With this study, published in the Journal of Applied Ecology, the authors are urging marine policy makers and the aquaculture industry to consider the aggregate consequences of multiple farms together emitting noise. When considered together, the farms emitting excess noise potentially have large-scale ecosystem level impacts.

The study authors say that although newer ADDs are available, the cumulative noise of these devices and configurations has not yet been assessed.

Lead author Charlotte Findlay said: “Previous studies on noise from ADDs have tended to look at individual farms, or areas in isolation. We modelled all farms that were known to be using ADDs in 2017 across the entire west coast to find out the potential accumulative output and assess impacts on a habitat scale.

“We estimated the potential for ADD noise to damage the hearing of harbour porpoises and at the frequencies we modelled (2 – 40 KHz) there is the potential for temporary hearing loss, based on thresholds defined by the science community. Although the ecological consequences of these findings for harbour porpoises are not fully understood, the large extent of impact zones within a protected area for the species demand careful consideration by policymakers and industry.”

Reducing the noise level, the regularity at which ADDs produce noise (lowering the so-called duty cycle) and limiting the number of ADDs on a farm can all help to reduce the overall noise in the ocean, said Ms Findlay, a final year University of the Highlands and Islands PhD student based at SAMS.

Dr Denise Risch, a co-author of the study added: “Our study highlights, that noise pollution from ADDs has been widespread on the Scottish west coast. Alternative solutions, such as the use of more robust netting material and better tensioning of the net pens, do exist and have been proven successful in reducing seal predation in some areas. Their expanded use should be further explored and encouraged as a way to reduce the overall noise footprint from ADDs on the Scottish west coast.”