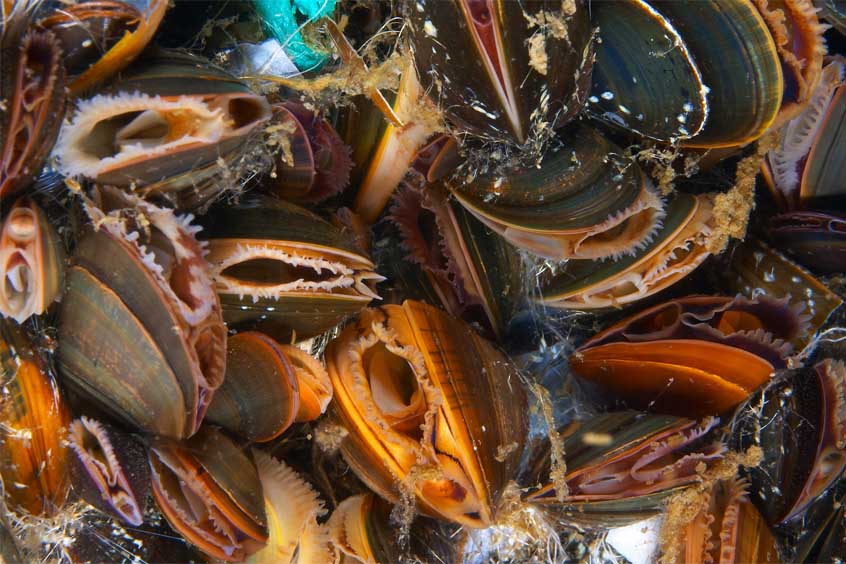 Marine scientists in Scotland have developed a way of creating ‘designer’ algae that could signal a breakthrough in how shellfish larvae can be produced for the aquaculture industry.

The Scottish mussel industry currently produces around 8,000 tonnes a year using wild larvae and is therefore reliant on a successful spawning year. This method is also a limiting factor in the expansion of the industry, which has the potential to become a major part of Scotland’s economy.

However, scientists at the Oban-based Scottish Association for Marine Science (SAMS) have discovered a new way of farming larvae in a hatchery by feeding them with so-called ‘designer’ algae, which have been selected and grown in a laboratory for optimal growth. By feeding the algae a diet of organic carbon and exposing to them to varying levels of light, scientists can control the growth, the size and the composition of the algae. This system, because it is controlled and tailored for use as mussel feed, is 6-10 times more efficient than the current production systems used in hatcheries for oyster or other mussel larval species.

The method could also change how microalgae are produced for the biotechnology industry.

He said: “These algae are not genetically modified in any way, but are ‘designer’ in that we can cultivate these species in different ways, to control their nutritional profile. We are using their natural evolutionary versatility to control how they grow.

“This is rather like comparing a person’s fitness: someone eating anything they could find in the shops, compared to another person following a managed diet, targeted at staying healthy.

“The system we’ve developed will have an initial start-up cost but growing the larvae on the scale required will save the industry money in the long term.

“I see parallels with the green lip mussel industry in New Zealand, which benefited from a government-built hatchery at the Cawthron Institute in the 1990s and this now produces around 30 per cent of the larvae for the industry there.”

The SAMS scientists cultivated a wider range of algal species, which can be used for a variety of purposes. One of the most apparent uses of this technology is in aquaculture feed; there is scope for products such as salmon feed.

The newly developed feed combines ratios of three algal species: Tetraselmis and the diatoms Phaeodactylum and Cyclotella, which have all previously been used in aquaculture feeds.

Dr Adam Hughes, a senior lecturer in sustainable aquaculture at SAMS, said: “Using these techniques is a huge step forward in algae production and shellfish aquaculture. Making use of these organisms natural ability to grow in different ways means we can increase productivity hugely, and that has the potential to dramatically reduce costs to the industry.”