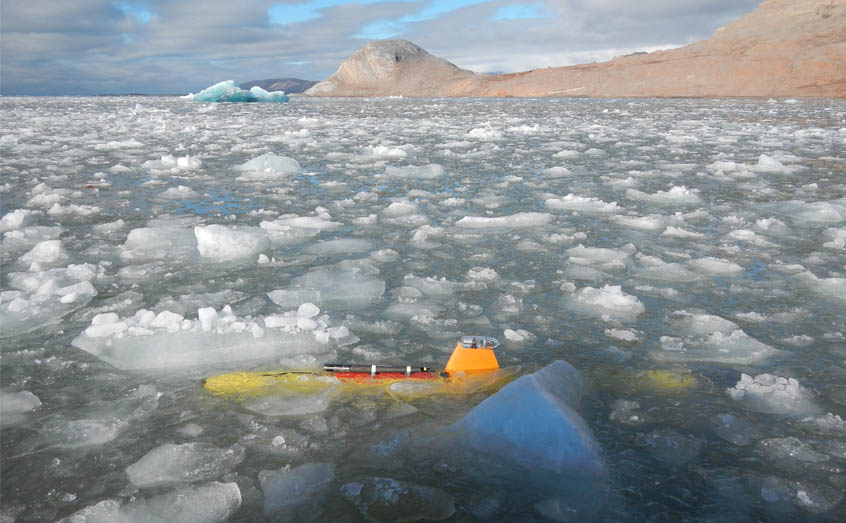 SAMS' Teledyne Gavia surveyed underneath calving glaciers, giving scientists a unique look at the seabed in such environments.

Marine scientists have captured images from a seabed exposed for the first time in thousands of years because of rapid glacial ice retreat in the Arctic.

The research team from the Scottish Association for Marine Science (SAMS) used an autonomous underwater vehicle (AUV) to get close to the edge of four glaciers in Svalbard - a mission too dangerous for a survey ship because of the falling, or calving, ice.

The results from the AUV survey, which include photographs, sonar images and crucial oceanographic information such as temperature and salinity, have helped scientists to understand how the increasing rate of melting caused by climate change is affecting the seabed below the glaciers.

Using satellite images, combined with AUV seabed data, the research team calculated retreat rates of glacial ice for past 10 years. Two of the glaciers, Kronebreen and Kongsbreen, have been retreating by up to 300 metres per year, some of the fastest retreat rates for Svalbard glaciers.

Dr John Howe, lead author on the report, said: “Findings from this study illustrate the results of a warming Arctic and reveal the seabed features below the retreating ice.

“The use of an AUV, a Teledyne Gavia named Freya, has enabled us to collect a number of different datasets at the same time, directly in front of the hazardous calving ice, something we would not have been able to do from a ship.”

The results from the work carried out during two summer seasons in 2016 and 2017 have been published in the journal Marine Geology https://www.sciencedirect.com/science/article/pii/S0025322719302300.

Dr Howe said further work was planned in the coming years with other autonomous vehicles. SAMS scientists returned to the Arctic this summer with AUVs and a drone to capture how the mixing of Atlantic and Arctic waters affect glacial calving.