Scientists discover 'tiger' of the plankton world enjoys its veg too 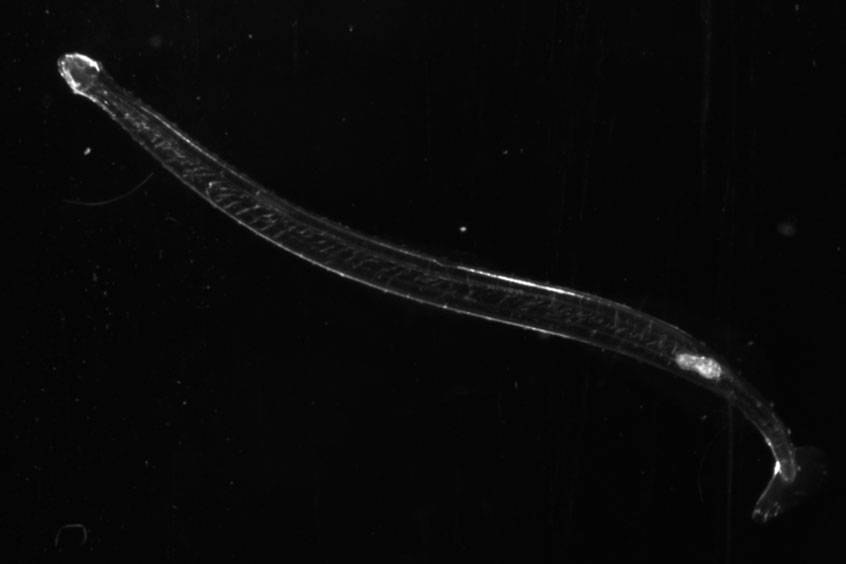 With large teeth, hooks and poison glands, arrow worms have been nicknamed the tigers of the plankton world and are believed to be successful carnivorous hunters of the deep - but new evidence from a Scottish researcher has shown that the creature may enjoy its ‘greens’ too.

There are around 200 species of arrow worm throughout the world’s oceans and they play a key role in the marine food web. They feed on smaller zooplankton like copepods and accumulate large fats and oil stores, making them a crucial food source for crustaceans, jellyfish and young fish

But research by Dr Jordan Grigor from the Scottish Association for Marine Science (SAMS) in Oban, Scotland has shown arrow worm species in the Arctic to be omnivorous, also feeding on phytoplankton when their usual prey is in short supply.

His findings, published in this week's Progress in Oceanography, showed the arrow worm species Eukrohnia hamata in the Beaufort Sea ingests extremely high levels of diatoms and other phytoplankton. A time series from November 2007 to August 2008 revealed that this was a regular part of the arrow worms’ diet throughout the year, but particularly during the spring bloom in May 2008, when phytoplankton was plentiful.

Dr Grigor said: “Arrow worms, also known as chaetognaths, are found in seas all over the world. They are extremely abundant, and it has long been the understanding that they are entirely carnivorous. Our study is very important because it shows that it’s not always the case, at least for some species. They do feed on animals, but they also feed on phytoplankton, such as diatoms.

“Being an omnivore that feeds on zooplankton and phytoplankton could be yet another key strategy explaining the widespread success of the species, and their ability to thrive in harsh environments such as the Arctic.

“This is also important because it forces us to rethink their ecological impact. We now need to find out how this species chooses its diet, and if this interesting feeding strategy occurs in other arrow worm species.”

Dr Grigor believes this new-found diet could also be dramatically altering the Arctic ecosystem and the climate as we know it, as a reduction in phytoplankton numbers could affect arrow worm populations. Moreover, faecal pellets from arrow worms, weighed down by the silica shell of diatoms, may have a better chance of reaching the seafloor where they contribute to removing carbon from the atmosphere.

The species Eukrohnia hamata is found in many parts of the oceans, including both poles, and typically lives between 200 and 1,000 metres depth. This makes it likely that they feed on particles falling out of the shallows, to deep waters, so-called ‘marine snow’.

In the Arctic, E. hamata may grow to about five centimetres long but other arrow worm species can grow to 12 centimetres.

Dr Grigor added: “There is little research done on chaetognaths considering how abundant they are in our seas and how important they are to marine ecosystems across the globe.

“They are fascinating creatures and some species can refuel using their own oil stores. As hermaphrodites, arrow worms can self-fertilise, so they can be extremely successful at reproduction at any time of year.

“I’m always astonished that there is not more literature on chaetognaths.”

Like koalas and kangaroos, some arrow worms have a marsupial sac. After hatching, the young remain in their parent’s marsupial sac for some time, before swimming out and entering the ocean environment.