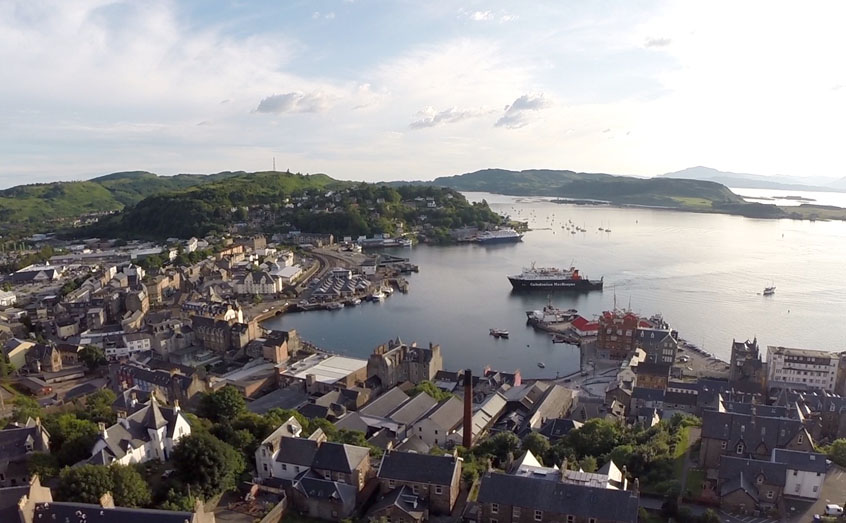 Oban will host the Challenger Conference 2024

The UK’s largest gathering of marine scientists, the Challenger Society Conference will be coming to Oban for the second time in September 2024, as SAMS was today announced as the host institute.

The biennial event, attended by around 300 scientists from around the UK and further afield will take place in the first week of September 2024.

SAMS Director Prof Nicholas Owens made the announcement during a speech at this year’s conference, hosted by the Natural History Museum, London.

SAMS was due to host the event in 2020 but was forced to cancel as the Covid-19 pandemic took hold. The Natural History Museum had already committed to hosting the 2022 event – the 150th anniversary of the Challenger Expedition.

The Challenger Society, which organises the conference, is named after the famous expedition (1872 – 1876), a highly influential scientific expedition that laid the foundations for modern-day marine science. Sir John Murray, who founded the forerunner to SAMS in 1884, was one of the scientists on board the HMS Challenger and following his return from the expedition compiled much of the discoveries in the Challenger Reports.

Prof Owens said: “The Challenger Expedition is rooted in the history of SAMS, one of the oldest independent marine science institutes in the UK, and we conduct a diverse range of marine science with the ocean on our doorstep.

“We are therefore a natural fit as hosts, and we are proud and excited to be bringing the 2024 conference to Oban.”