International call to explore mysteries of the deep 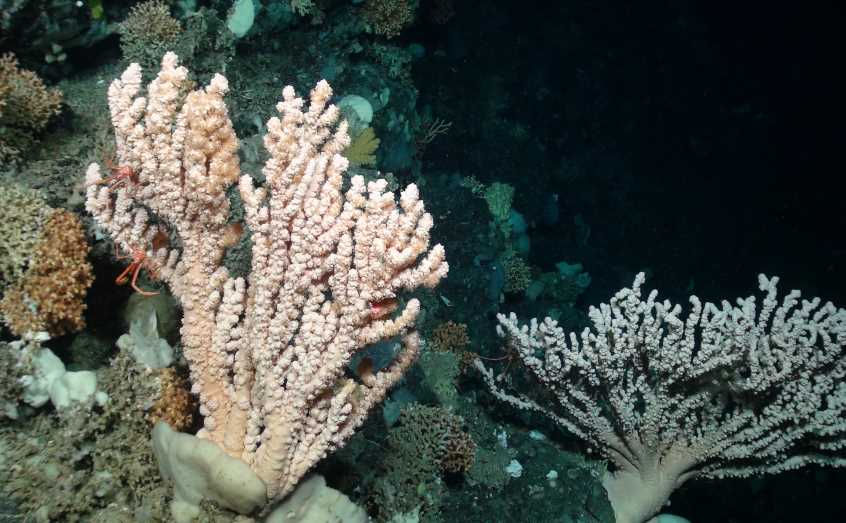 The deep seas – vast expanses of water and seabed hidden more than 200 metres below the ocean surface to depths up to 11,000 metres – are recognised globally as an important frontier of science and discovery.

But despite the fact they account for around 60% of Earth’s surface area, large areas remain completely unexplored, yet the habitats they support impact on the health of the entire planet.

Now an international team of scientists spanning 45 institutions in 17 countries, including Prof Bhavani Narayanaswamy from SAMS, has called for a dedicated decade-long programme of research to greatly advance discovery in these remote regions.

The programme – which scientists have named Challenger 150 – will coincide with the United Nations Decade of Ocean Science for Sustainable Development, which runs from 2021-2030.

Challenger 150 will generate new geological, physical, biogeochemical, and biological data through a global cooperative of science and innovation, including the application of new technology. These data will be used to understand how changes in the deep sea impact the wider ocean and life on the planet.

Among its key areas of focus are to build greater capacity and diversity in the scientific community, acknowledging the fact that existing deep-sea research is conducted primarily by developed nations with access to resources and infrastructure.

The programme will use this new knowledge of the deep to support regional, national, and international decision-making on deep-sea issues such as mining, hydrocarbon extraction, fishing, climate mitigation, laying of fibre optic cables and conservation.

The international team presented the rationale behind the call for action in a comment article in Nature Ecology and Evolution, simultaneously publishing a detailed blueprint of how the actions can be best achieved in Frontiers in Marine Science.

Led by members of the Deep-Ocean Stewardship Initiative (DOSI) and the Scientific Committee on Oceanic Research (SCOR), the authorship reflects both the gender and geographical diversity such a programme demands, with authors from the six inhabited continents of the world.

They note that the UN Decade provides an unrivalled opportunity to unite the international science community to deliver a giant leap in our knowledge of the deep seas.

Professor Narayanaswamy said: “The deep sea is by far the largest ecosystem on planet earth with a plethora of species and a variety of different habitats. A truly global programme is required in order to not only learn more about this ecosystem and to put measures in place to manage it in a sustainable fashion, but to also train the next generation of researchers, the future custodians of the deep sea.”

Kerry Howell, Professor of Deep-Sea Ecology at the University of Plymouth (UK) and lead author of the research publications, said: “The deep seas and seabed are increasingly being used by society, and they are seen as a potential future asset for the resources they possess. But managing these resources sustainably requires that we first understand deep-sea ecosystems and their role in our planet, its people and its atmosphere. Our vision is for a 10-year programme of science and discovery that is global in scale and targeted towards proving the science to inform decisions around deep-ocean use. We believe the United Nations Decade of Ocean Science provides the perfect opportunity to achieve that.”

The years 2022-2026 mark the 150th anniversary of the voyage of HMS Challenger. This ship left the UK in 1876 on a 4 year mission, circumnavigating the globe, mapping the seafloor, recording the global ocean temperature, and providing a first panoramic view of life in the deep seas.

The Challenger Deep – the deepest known point of the ocean – is named after it, as were a number of vessels in NASA’s space programmes.

However, whereas the original HMS Challenger crew was all-white and all-male, the Challenger 150 programme aims to harness its scientific sense of discovery through a modern-day, inclusive and representative spirit of collaboration.

Endorsed by the authors of the current studies, more information about Challenger 150 is available at https://challenger150.world

Howell, Hilario et al: A blueprint for an inclusive, global deep-sea Ocean Decade field programme is published in Frontiers of Marine Science, DOI: 10.3389/fmars.2020.584861. This includes a series of detailed recommendations highlighting how the goals of the Challenger 150 programme could be achieved.