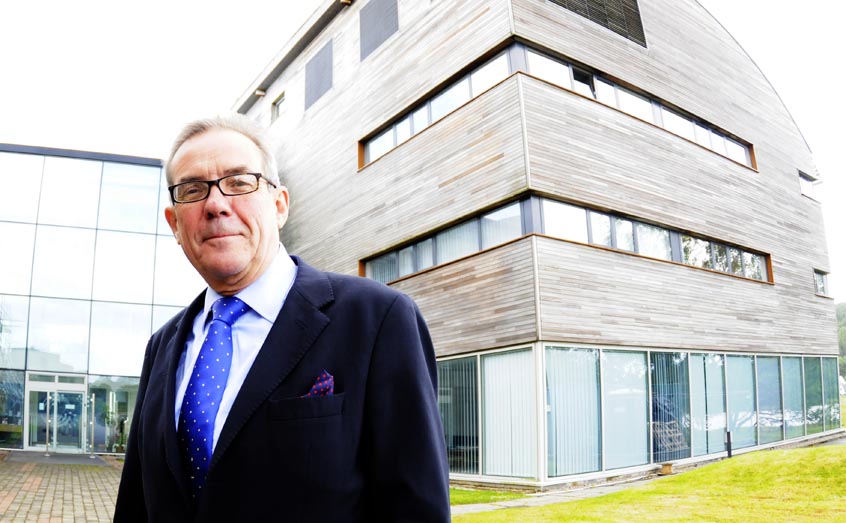 The economic impact assessment shows that for every £1 spent on the university, the university partnership, which includes SAMS UHI, puts £4 back into the economies of the communities it serves.

The report, produced by the independent consultancy, Biggar Economics, values SAMS UHI’s individual contribution at £17 million and states that the organisation supports 310 jobs throughout Argyll and Bute.

The findings reveal that the partnership’s impact across Scotland has grown by between 20% and 25% since it was last measured in 2010, mainly due to an increase in staff and graduates. The partnership achieved full university status in 2011 and will be celebrating its tenth anniversary in February 2021.

However, the authors highlight that the university’s value goes beyond its financial contribution, explaining: “The benefits of the university extend beyond the significant gross value added and jobs measures. It supports sustainable and inclusive economic wellbeing and social development in the broadest sense, for people, communities and employers across the region. It supports heritage and culture, the economy, the environment, the regional health sector and it offers pathways through tertiary education that give routes to personal and collective growth and development.

“Through the university, the region has greater control of its own economic and social future which will be especially important in helping its recovery from the COVID-19 pandemic.”

The university network covers the largest geographical area of any campus-based university or college in the UK and has the largest student population in Scotland, with nearly 37,000 students studying across the university partnership each year.

Welcoming the findings, Professor Crichton Lang, University of the Highlands and Islands Principal and Vice-Chancellor (Interim), said: “We commissioned these reports to measure the contribution our university partnership makes to the communities we serve. It shows that investment in our partnership has a clear benefit and, in these uncertain economic times, it is important to understand this benefit and highlight the full extent of the value the university partnership brings.

“As a flourishing university for the Highlands and Islands, Moray and Perthshire we aim to retain, attract and nurture talent in our region to reverse population decline and build innovation and socio-economic prosperity. This mission is particularly important as we work to support the recovery of our region following the COVID-19 pandemic. The nature of employment will change and we are working with employers, communities and learners to respond to their needs.”

SAMS UHI Director Prof Nicholas Owens welcomed the report, noting that SAMS had now been at its current site in Dunstaffnage, near Oban for 50 years and had become a key part of the local economy.

He added: “I am pleased to see SAMS UHI’s presence in the region is being recognised in these figures.

“Additionally, our staff are extremely active volunteers in their communities, leading committees and clubs and boosting the ranks of crucial services such as Oban Mountain Rescue Team and Oban’s Royal National Lifeboat Institution (RNLI) station.”

The University of the Highlands and Islands’ economic impact assessment report is available in the publications section of the university’s website.