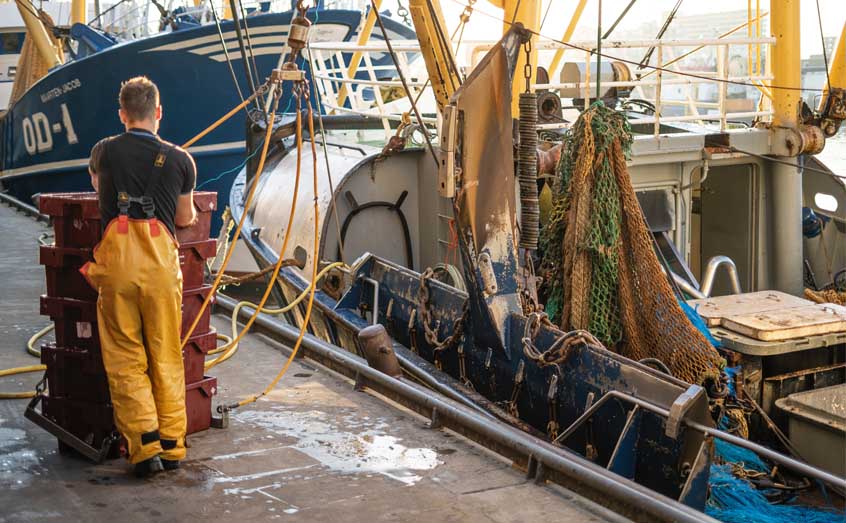 As early as May 2021, The Shetland Fishermen’s Association (SFA) and the Scottish White Fish Producers’ Association (SWFPA) called for a Scottish independent scientific body to review the advice on which annual allowable fish catches are based. The panel was dubbed ICES-Plus for reasons that will become apparent.

As well as circulating on Twitter, this call was recently picked up in the media and has resulted in cries of alarm from some environmental groups.

The origin of this call appears to be largely as a response to destabilisations in the industry resulting from Brexit. Pre-Brexit, the fishing industry was promised a great future with increases in their quotas but, apart from the pelagic sector, these have largely failed to materialise. Along with problems and increased costs for exporting product to the EU, this has heaped pressure on the industry. There is clearly an expectation in the tone of the call that an independent panel might advise higher catch levels, or produce evidence, which the Scottish Government could use to argue for higher catches.

At present, the vast majority of fisheries advice originates from the International Council for the Exploration of the Sea (ICES) based in Copenhagen. However, it is important to realise that ICES is just a co-ordinating body and the actual stock assessment and advice work is undertaken by scientists from member countries, including Scotland and the UK. The need for this international approach is because, apart from a few inshore stocks, most fish populations are shared with other countries and it is necessary to compile data from multiple sources on which to base advice. The compiled data (catches, age, length and weight sampling and scientific survey data) are then used in stock assessment models, which produce an estimate of the state of the stock. Comparing the perception of the stock status to desired target levels informs the advice on how much fish can be caught in the coming year.

The whole process is indeed complex and some mistakes inevitably occur - the industry call for ICES-Plus cites a few examples. Furthermore, the model results can sometimes change quite dramatically from one year to the next as new information is added. This is occasionally a result of correcting erroneous data but also just reflects the dynamic nature of fish stocks – in particular the number of young fishes entering the stock can fluctuate strongly from year to year for reasons which are only imperfectly understood. Unless the stock is depleted and needs re-building, the appearance of a strong year-class will increase the fishing opportunities for the next few years. Likewise, a run of poorer than average year-classes will lead to reduced fishing opportunities if the size of the parent stock is not to be allowed to fall below the target size. Finally, the perception of stock status is influenced by the model structure. An example is a re-analysis of the stock assessment for west of Scotland cod which was conducted by academic researchers in the Marine Alliance for Science and Technology (MASTS). The alternate stock model (Cook, R.M., Stock collapse or stock recovery? Contrasting perceptions of a depleted cod stock, ICES J. Mar. Sci. 76(4) (2019) 787-793. 10.1093/icesjms/fsy190) suggested the stock might not be as depleted as the official ICES assessment. It is certainly true that the ICES working groups often do not have the resources to examine alternate model structures on an annual basis, although this does form part of the bench-marking conducted roughly every five years.

The ICES advice is then used by governments in agreeing annual fishing opportunities which are divided up between the different countries who have a right to fish on that stock. Exactly how the total is shared out between countries is another thorny post-Brexit problem which has largely been put off for the next five years under the current EU-UK Trade and Co-operation Agreement. But it has always been the case that governments could ignore ICES advice, because it is just that – advice. However, a desire to avoid historical over-exploitation has meant that there is now more pressure on politicians to set overall catch quotas in line with the advice.

A particular problem is where ICES advice is for zero-catch and this can appear to be ‘nonsensical advice’ to the industry. Zero catch recommendations have been in place for some years, particularly on the west coast of Scotland for cod and herring and reflect the perception of the very poor state of these stocks from the stock assessments. However, the only way to implement such advice would be to totally close most of the fisheries because they inevitably catch some cod or herring while targeting other species. Such full closures have not been politically acceptable so a variety of other measures have been implemented to try and reduce the catches of such species as much as possible and give these stocks a chance to rebuild. The advice itself is not ‘nonsensical’ in a scientific sense but it may be impossible to implement from a political aspect. It is also important to note that ICES provides a range of other options in such situations.

Because of the work involved, an independent scrutiny panel (ICES-Plus) does not seem sensible. However, a limited amount of additional peer review would be possible. For example, stock assessments in the USA are subject to regular peer review by international scientists from outside of the US and a similar model could be used here. There are also a number of fisheries scientists in Scotland, outside of Marine Scotland Science (MSS), who could contribute to such reviews. At present, most of the ICES stock assessment work is undertaken by fisheries scientists based at the MSS laboratory in Aberdeen, which is funded by the tax payer. The industry could fund an independent panel itself or some of the post-Brexit government fisheries support funds could perhaps be allocated to such an effort.

However, the main unresolved question for me is what the Scottish Government would do with the advice from a Scottish ICES-Plus panel. One option is that the panel reviews could be fed back to ICES with requests to re-examine any stock assessments and advice where problems were detected. However, at present such formal requests have to come through the UK government and even if requested, re-examination would be unlikely to be feasible within a year because of the workload on ICES working groups. ICES-Plus reviews could inform the more detailed bench-marking assessments which occur roughly every 5 years in ICES but would be unlikely to deliver quick results for the industry.

The industry call seems to suggest that the panel advice would provide an alternative, which the Scottish Government could then use to argue Scotland’s case in the annual negotiations between the UK, EU and Norway. This does seem to me to set a potentially dangerous precedent because it increases the risks of unilateral quota setting which, when added up across the different countries, exceeds sustainable levels. We have already seen such problems arising in relation to North-east Atlantic mackerel.

Perhaps a better approach could be for the industry to fund individual projects to examine specific areas they feel are problematic. Good examples could be testing alternate models for specific stocks and the further development of mixed fisheries and economics models to supplement the single-species models which form the core of ICES stock advice at present. Such projects should involve both MSS and independent researchers thus overcoming the accusation that they are just producing the results either government or industry desire. Fisheries Innovation Scotland already provides a potential structure and organisation through which such projects could be managed. Whatever approach is taken, such work should contribute to the collaborative ICES process and not undermine the hard work conducted by ICES stock assessment scientists.

Relations between industry and fisheries scientists have moved on from the strongly confrontational and adversarial situation that existed when I started working in this field about 30 years ago. It is widely accepted that robust peer review is an essential part of the scientific approach and, in the context of ICES advice, could be strengthened. However, replicating the entire ICES stock assessment process within Scotland does not seem to me to be either desirable or feasible.

Dr Clive J Fox is a senior fisheries ecologist at SAMS. Views expressed in this blog are those of the individual and do not necessarily reflect the position of SAMS or the Marine Alliance for Science and Technology.