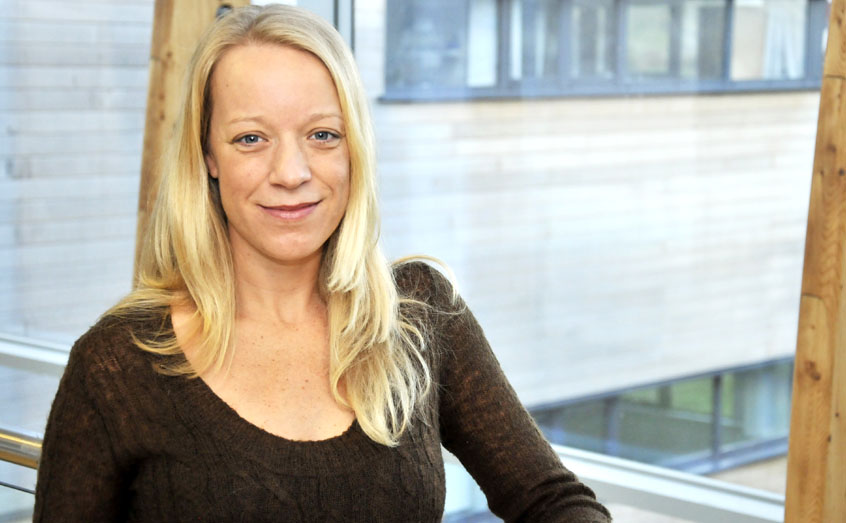 Dr Georgina Robinson has been awarded a fellowship worth £1.2m

A marine ecologist, identified as rising star of UK research, has been awarded a prestigious fellowship to address global food shortage by recycling waste from food production industries – all with the help of the humble sea cucumber.

Marine ecologist Dr Georgina Robinson of the Oban-based Scottish Association for Marine Science (SAMS) has been awarded a UK Research and Innovation (UKRI) Future Leaders Fellowship worth £1.2m to fund her research for the next six years.

She plans an overhaul of the current ‘nitrogen cycle’ process by which excess nitrogen in the form of animal waste from industries like agriculture and aquaculture is turned back into an inert gas and released into the atmosphere. Instead, Dr Robinson proposes a system that will recycle this waste by using it to feed sea cucumbers and marine worms – so-called deposit feeders – which can them be farmed as a high-protein food source for humans and livestock and may even be used to generate electricity.

Sea cucumber has been referred to as a superfood, as it is high in protein, low in fat and rich in vitamins and minerals. It is eaten throughout Asia and the Middle East and there are studies currently investigating its medicinal qualities.

Dr Robinson, who is based in Mauritius, said: “Proper nitrogen management will be critical to feed a growing global population, estimated to reach 9 billion by 2050.

“Current technologies to treat nitrogen-rich effluent focus on converting reactive nitrogen – nitrogen that is available to most organisms – back to its inert form as nitrogen gas in the atmosphere. However, nitrogen is too valuable to be lost. Rather than looking to promote technologies for permanent removal of nitrogen, we can recover this valuable resource to pioneer sustainable food production systems and catalyse a new revolution in the nitrogen cycle.”

Dr Robinson’s system introduces carbon and removes oxygen from the process to encourage uptake of nitrogen within deposit feeders, which work with bacteria naturally present in their gut and the surrounding soil or sediment to convert the waste into high value protein.

She added: “The energy generated by the micro-organisms breaking down the waste is harnessed as a sustainable source of electricity, while the addition of carbon sources and deposit feeding invertebrates will enhance the overall energy generation potential of the system.”

During the course of her fellowship, systems will be developed in marine and terrestrial settings in tropical (Mauritius) and temperate (UK) environments.

Dr Robinson said she hoped to develop a low-cost system for the food production sector that can increase revenue, while reducing environmental impacts, particularly in lower income tropical countries. It is envisaged that large-scale adoption of the technology would have the potential to secure food and feed production systems for generations to come.

Dr Adam Hughes, a senior aquaculture researcher at SAMS, said: “This is really exciting science, dealing with one of the biggest challenges we currently face. Georgina’s work is changing the way we think about waste and turning it into a resource, rather than a problem.”

Professor Sir Mark Walport, UK Research and Innovation’s Chief Executive, said: “The Future Leaders Fellowships will enable the most promising researchers and innovators to become leaders in their fields, working on subjects as diverse as climate change, dementia and quantum computing.

“UKRI is committed to creating modern research and innovation careers and our Future Leaders Fellowships aim to support and retain the most talented people, including those with flexible career paths.”

Applications for round four of the Futures Leaders Fellowships are now open and UKRI is particularly encouraging applications hosted by, or collaborating with, businesses.