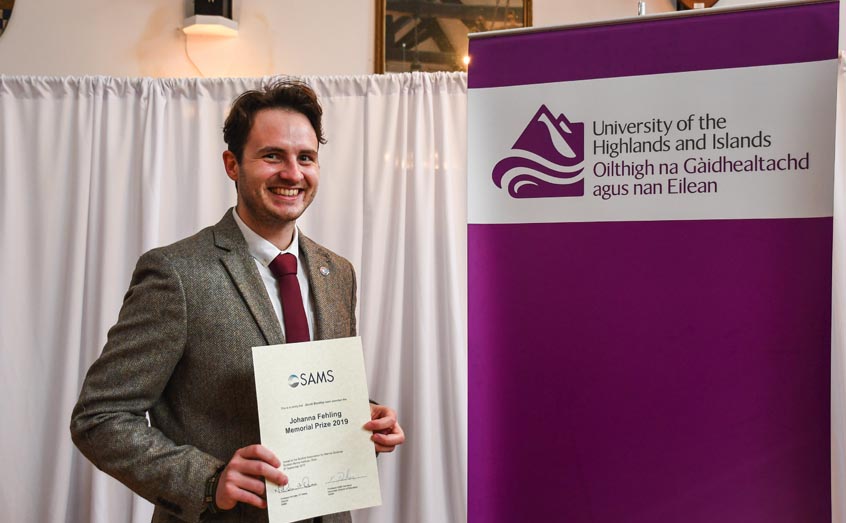 Scientists from SAMS have been praised for working alongside fishermen to devise a new way of assessing fish stocks in the Irish Sea.

Rather than dictate catch limits, they have considered industry evidence in devising models and helped fishermen understand the science behind them.

Researchers from the Scottish Association for Marine Science (SAMS) in Oban and the Marine Institute, Galway believe this new, more collaborative model could help explain why fish stocks have collapsed and have failed to recover in the region despite a reduced fishing effort.

It has also received praise from one of America’s top ecosystem scientists.

The new food web model, forged by a working group known as WKIrish, considers data gathered from the fishing industry, as well as environmental factors such as climate change and how different conditions affect the food web in the sea. In essence, a real-life example of the term ‘ecosystem-based management’, an ideology that drives today’s marine policy planning.

The scientists say this new model would complement the existing single stock assessments, the approach used by the International Council for the Exploration of the Seas (ICES) to inform fishing quotas throughout Europe.

Jacob Bentley, a PhD student based at SAMS UHI devised the model, which has already had a successful ‘key run’ in front of an expert panel at ICES and will now be considered for use in single stock assessments.

“Our model relies on the expert knowledge of single stock assessments but provides a more holistic approach to improve our understanding of the drivers impacting fish stocks,” explained Jacob, who has worked with Irish Sea fishermen throughout his project.

The latter part of the 20th century saw a collapse in the Irish Sea populations of commercial fish such as cod, herring, whiting, plaice and sole in Irish Sea, partly because of overfishing.

In the early 2000s the legislation was passed to protect Irish Sea cod, in the hope the population could be revived but recovery over the following two decades was extremely slow.

Frustrated to be told that Irish Sea stocks had not bounced back, despite their commitment to a reduced catch, in 2015 the industry called for a new benchmark (WKIrish). They wanted to better understand why models concluded that the fish had not returned, despite their belief that a recovery was ongoing.

Zooplankton levels have dropped in the Irish Sea, correlating with the North Atlantic Oscillation, which is a large-scale atmospheric pressure phenomenon. As a major food source for herring, the food web model indicates that the decline in zooplankton, along with fishing effort, are key drivers of Irish Sea herring.

“The biggest plus from my work has been the chance to integrate knowledge from fishermen and scientists, giving us a better understanding of the Irish Sea ecosystem and the opportunity to co-create ecosystem-based fishing advice,” said Jacob.

“The fishing industry has been actively involved throughout the whole process by sharing knowledge and building a roadmap for future collaboration. Their contribution has been, and continues to be, fundamental to the research.”