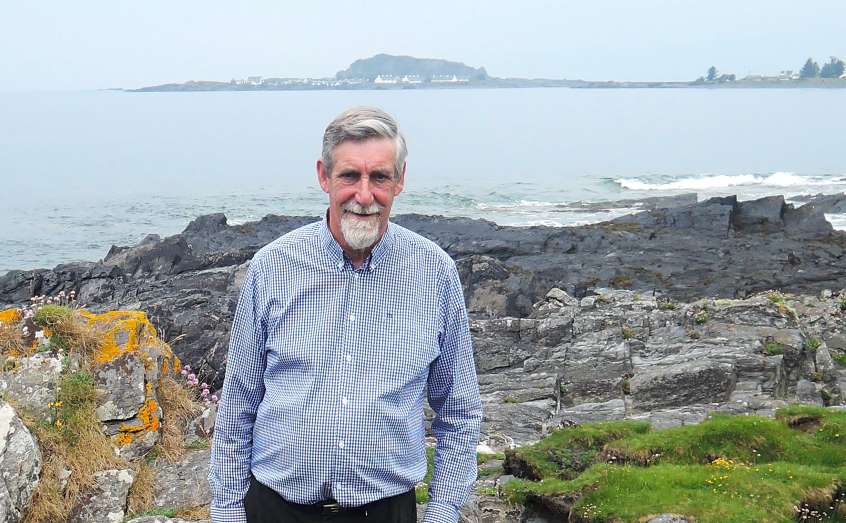 Tributes have been paid to the internationally renowned deep sea scientist Dr John Gordon OBE, who has died after a short illness.

An expert on Atlantic fisheries, Dr Gordon became one of the world’s foremost researchers in deep sea ecology and remained a SAMS Fellow until his death on June 3.

Born in Edinburgh, Dr Gordon lived in Easdale, Isle of Seil, and spent his whole research career at SAMS – previously the Scottish Marine Biological Association (SMBA) – after completing a PhD at Edinburgh University.

Dr Gordon began his research in the shallow waters of the Firth of Lorn but, with the commissioning of the RRS Challenger in 1974, he moved into deeper waters (500 to 1,500 metres) to the west of Scotland’s continental slope, working on the biology of the bottom-living fish, which were later commercially fished.

His work over the next decade in particular contributed greatly to our knowledge of food chains in the deep sea and how commercial trawling affects fish populations in deeper water.

From 1975 to 1985 he comprehensively sampled the deep-sea demersal fish populations of the Rockall Tough and adjacent areas in the NE Atlantic before the onset of any commercial fishing activity. In so doing, John generously offered ship time on RRS Challenger to Nigel Merrett , then of the Institute of Oceanographic Services (IOS). This began an intense series of 11 joint sampling cruises over a six-year period, studying both the Rockall Trough and the adjacent Porcupine Seabight areas with the SMBA Granton trawl to 1,250m depth and the IOS semi-balloon trawl to 4,000m.

Dr Merrett said John's warm and amicable leadership through fair weather and foul - mostly foul - typically knit together the small team involved and ensured the success of this fruitful collaboration well into the future.

This period of sampling led to Dr Gordon's unique description of the distribution, abundance, age, growth, diet and reproduction of 70 species of fishes in their pristine state before human exploitation. In no other fishing ground in the world, shallow or deep, are such pre-fishery baseline data available against which to measure impacts of man and climate change.

Commercial deep-sea fisheries began in the Rockall Trough in 1989 and by 1993, the most valuable fish species, the Orange Roughy, had been fished close to extinction and other species were being depleted. In 2003 Dr Gordon wrote that “The Rockall Trough is probably one of the best studied deep-water ecosystems … is now being subjected to Unsustainable Fish Activity”.

Since then, Dr Gordon worked tirelessly contributing to reports, working groups, national and international bodies to implement effective regulation of deep-water fisheries. His early data have repeatedly been used in assessments of long-term changes in deep-water fish populations in the North-East Atlantic.

Former colleague Prof Monty Priede said: “John sampled in all seasons of the year including heroic mid-winter trawling when the small ship had to hide from storms behind Hebridean islands and head out to grab fishing opportunities in rough seas between weather fronts.  John seemed unperturbed by such working conditions, carefully measuring, counting, and sorting specimens as the ship tossed and turned around him.

“He became a master of the art of scientific deep-water trawling obtaining consistent calibrated samples of numbers of fish per unit area of sea floor, techniques which he later passed on to new generations of fishery scientists.

“John’s pre-1989 data set stands as a stark reminder of what we have lost in the uncontrolled rush to exploit the deep-sea. Now we have also lost John Gordon himself, the staunchest advocate for sound science-based fishery management.

“I have known John for 47 years and he was always there as a source of advice on anything to do with deep-sea fishes. As a shipmate, colleague and friend I shall greatly miss him.”

In 1994 Dr Gordon was named Buckland Professor, which involved giving public lectures on deep water fisheries at venues throughout the UK.

In 1995 he was appointed chairman of the International Council for the Exploration of the Sea (ICES) Study Group on the Biology and Assessment of Deep-sea Fishery Resources, a post he held until 2000. He also provided advice and evidence to organisations such as the European Commission, the North East Atlantic Fisheries Commission (NEAFC); the Scottish Government and the House of Lords Select Committee on Science and Technology.

Dr Gordon retired in 2002 as Principal Scientific Officer at SAMS but remained an Honorary Research Fellow. On his retirement, his international reputation kept him busy as a keynote speaker and with several consultancies.

In 2016, his contribution to marine science was recognised with an OBE in the Queen’s Birthday Honours.

Norwegian scientist Dr Odd Aksel Bergstad, with whom Dr Gordon collaborated on international projects, said: “Dr Gordon was a highly valued and inspirational colleague who will be remembered for his competence, production and leadership. His contribution to deep-sea science stands as a great legacy.

“To those who met him and worked with him, across Europe and well beyond, he will also be remembered as a very good mentor and friend. He was insightful and authoritative but informal and always willing to share. His friends and colleagues will be happy to know that he spent his final days enjoying his splendid view of the sea in Easdale, probably looking back at fond memories of his past sea-going years.”

SAMS Director, Prof Nicholas Owens, said: “Dr John Gordon’s name is as synonymous with SAMS and its predecessor the Scottish Marine Biological Association (SMBA), as the laboratories’ names themselves.

“John spent his entire professional career working at the SMBA/SAMS as a marine ecologist, eventually specialising and becoming a world-leading expert in the deep-sea and fisheries. John had retired by the time I arrived at SAMS but I know all who worked with him had the most tremendous affection for him.

“I had the pleasure of making his acquaintance as a neighbour on the Island of Seil, where he was a pillar of the community council. John was a very gentle gentleman, who was a pleasure to spend time with.

“Our communities are poorer for his absence but they have been enriched by him having been part of them.”

Dr Gordon is survived by his wife, Kathleen and two sons Hamish and Colin.