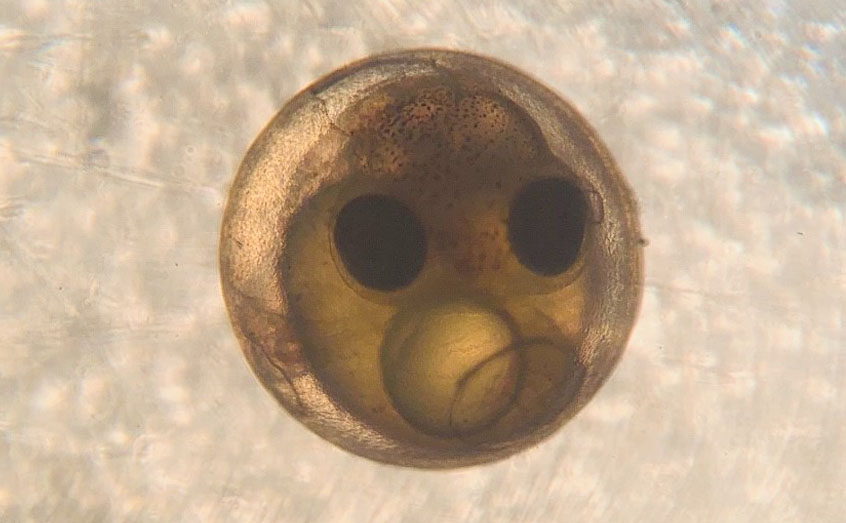 Scientists have discovered that lumpfish sperm can be cryogenically preserved and remain healthy, providing a solution to the increasing levels of wild lumpfish being caught for the salmon farming industry.

Lumpfish have proven to be successful in reducing sea lice infestation in salmon farm pens, as they eat the parasite, reducing the reliance on chemical treatments.

At present, the lumpfish are sourced from the wild to meet demand, but their use has become so widespread that numbers have rocketed. In 2017, 925,000 lumpsuckers were produced for use on salmon farms in Scotland, an increase of around 300 per cent on the previous year, and this number has continued to rise.

A recently published paper in the journal Aquaculture, involving scientists from the Scottish Association for Marine Science (SAMS), Akvaplan-niva and the University of Bergen, has shown there were no abnormalities in lumpfish hatched using cryogenically preserved, or frozen, sperm. The authors say this method will not only reduce the reliance on the wild male broodstock, but allow for greater natural selection of preferred traits.

The report is a first publication for Emily Purves, a SAMS UHI graduate, who completed the research in Tromsø as part of her Erasmus Mundus Aquaculture Environment and Society (ACES+) Masters Degree. She now works with AquaScot.

She said: “In recent years the demand for lumpfish to be used as cleanerfish has grown exponentially.

“While there are a number of hatcheries in Scotland rearing lumpfish, the eggs originate from wild broodstock. These wild-caught parent fish have to be culled to obtain their gametes and this continuous removal of fish has depleted wild stocks considerably.

“If cryopreservation was adopted as a common method of storing lumpfish sperm, it would allow egg production facilities to fertilise a far greater number of eggs from a single male.

“It is also an extremely useful tool for lumpfish breeding programmes as it provides a storage bank. If individuals from a particular egg clutch possess positive traits (effective lice picking), the sperm used to produce them is stored and can be used for further testing and or production of successful offspring.”

While the reproductive success of the frozen sperm was poorer than that of the fresh sperm used in the study, the former still showed success rates high enough for future commercial research.

Co-author Albert Kjartan Dagbjartarson Imsland, of Akvaplan-niva is currently leading one of two lumpfish breeding programmes in the world, looking at selective breeding for favourable traits in cleanerfish.

He said: "The results presented in Emily's thesis, and now published in the Aquaculture article, will help us to develop effective protocols for enhancing our breeding programme thus improving the lice efficacy and robustness of the lumpfish used as biological delouser in Atlantic salmon farming.”