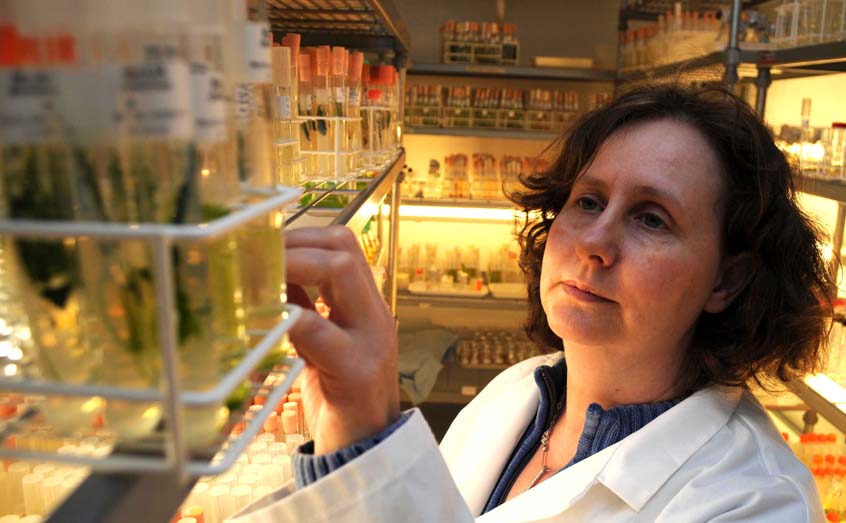 Prof Michele Stanley was one of the seven contributors from SAMS

A REPORT on how the UK’s seas are responding to climate change had input from seven SAMS scientists, one of the largest representations of any institute.

The Marine Climate Change Impacts Partnership (MCCIP) Report Card 2020 includes evidence on 26 topics relating to the seas around the UK and had input from 150 scientists at 50 research organisations.

There is clear evidence that warming seas, reduced oxygen, ocean acidification and sea-level rise are already affecting UK coasts and seas. Increasingly, these changes are having an impact on food webs, with effects seen in species on the seabed, as well as plankton, fish, birds and mammals.

The upper range for the latest UK sea-level rise projections is higher than previous estimates, implying increased coastal-flood risk. The likelihood of compound effects from tidal flooding and extreme rainfall is increasing, which can greatly exacerbate flood impacts.

Oxygen concentrations in UK seas are projected to decline more than the global average, especially in the North Sea and fisheries productivity in some UK waters has been negatively impacted by ocean warming and historical overexploitation.

SAMS Director Prof Nicholas Owens said: "I am delighted to see a large input from SAMS science in this year’s MCCIP Report Card, which reflects both the quality and the diversity of our research.

“This year, in particular, is so important for our global environment but it is also a year for Scotland to show its commitment to tackling the issue of climate change. If Scotland is to reach its target of becoming carbon neutral by 2045, institutes like SAMS have a crucial role in helping to understand and manage the marine environment.

“And with the climate change summit COP26 coming to Glasgow in 2020, Scotland’s Year of Coasts and Waters, the world will be watching.”