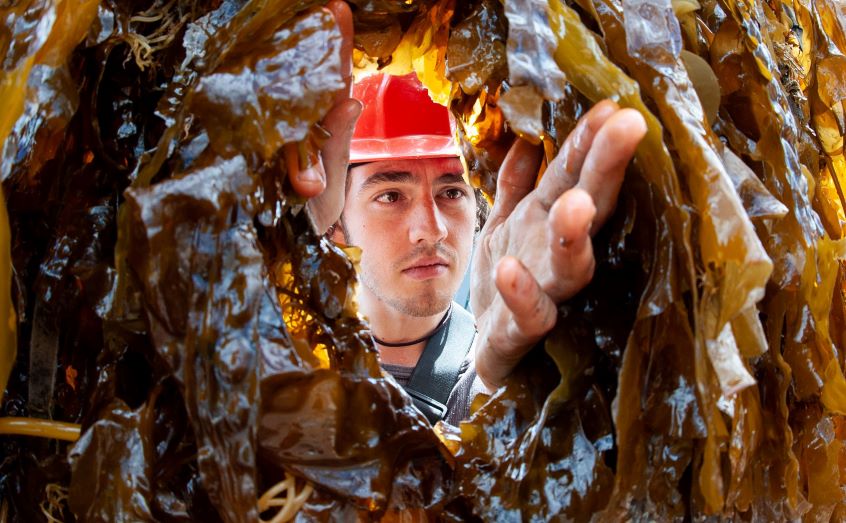 A £150,000 project to expand and commercialise the seaweed nursery at SAMS has secured up to £75,000 investment from Highlands and Islands Enterprise (HIE).

The nursery will be operated by SAMS Enterprise, the wholly owned commercial subsidiary of SAMS.

SAMS Enterprise is at the heart of the seaweed industry development, including research, innovation and commerce, which forms part of Argyll’s wider aquaculture economy. It produces seeded line for both commercial and research purposes and has a growing role in education and training for seaweed farming.

The seaweed industry is the world’s fastest growing area of global aquaculture production, currently worth over £11bn a year.

This investment will enable SAMS Enterprise to further commercialise its nursery services and fulfil the growing demand for high-quality seaweed seeded line to commercial seaweed farms.

The Nursery premises have been reconfigured to optimise production with refitted laboratories, upgraded seawater supply and installation of specialist equipment.

“The European Marine Science Park is a major hub in Scotland’s growing marine economy. The expanding cluster of activity here is very much founded on the links between cutting edge scientific research and the expanding range of commercial opportunities.

“The seaweed nursery at SAMS Enterprise, which of course is backed by the global scientific expertise of SAMS itself, is both innovative and crucial to the growth in Scotland’s seaweed industry. It may also attract new investors into the EMSP business cluster, which would strengthen our regional economy.

“I am very pleased we have been able to provide support and look forward to seeing the project develop.”

“This very welcome support from HIE supports the ongoing work of SAMS in supporting this emerging industry, which is a growing player in the blue economy on the west coast of Scotland and further afield throughout the UK.

“SAMS has been at the leading edge of global macro and micro algae and marine biotechnology research and development for more than 100 years and has been a trailblazer in seaweed farming for two decades. This science-led expertise is translated to practical applications via our commercial arm, SAMS Enterprise, as we work to enable productive oceans, while safeguarding the marine environment.”