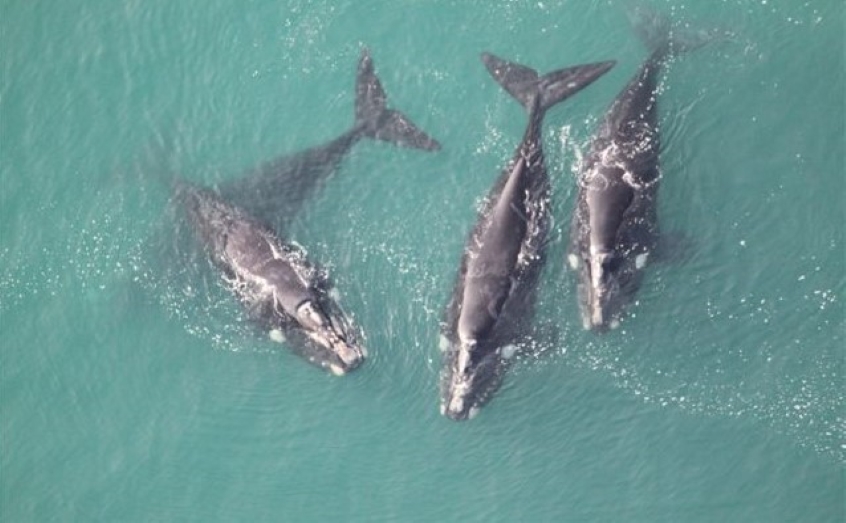 Scientists from SAMS, British Antarctic Survey (BAS) and international collaborators have this week published the first detailed research on the sounds made by southern right whales on their high latitude feeding grounds at South Georgia.

Lead author and SAMS Fellow Dr Susannah Calderan said: “This is an important study. Telling the two species apart by their calls can be difficult, but is needed to enable acoustic recorders in the Southern Hemisphere to remotely monitor each species.”

The southern right whale vocalisations recorded by the team showed little variation in call type – they were either the characteristic “upcall”, a low frequency sound believed to be used by all age and sex classes as a contact call, or the high-intensity, broadband “gunshot” call, thought to primarily be part of mating behaviour. Southern right whale calls could be distinguished from those of humpback whales based on their frequency characteristics and duration.

Co-author and whale ecologist, Dr Jennifer Jackson of BAS, says: “With South Georgia waters designated as a Marine Protected Area by the Government of South Georgia and the South Sandwich Islands, we hope our research can continue to contribute to effective management of the area. Not only that, the results of this work will be useful for future acoustic studies on sub-Antarctic and Antarctic whale feeding grounds to improve knowledge of the distribution of southern right and humpback whales at different times of year.”