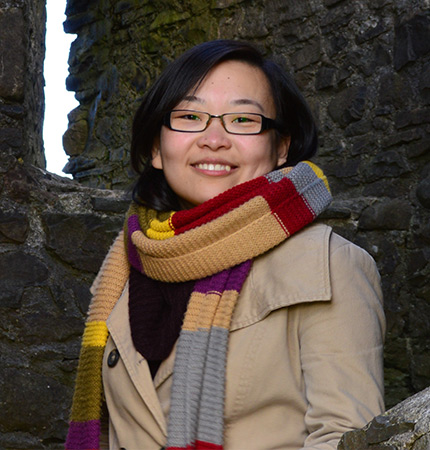 My research investigates the possible long term impacts of chemical contaminants on marine invertebrates. I have worked as a research assistant for the past four years in ecotoxicology, using gene expression profiling, histology and behavioural studies on model organisms to determine the ecotoxicological effects of various contaminants.

Organisms in the coastal marine environment are exposed to a wide range of pollutants and contaminants, and understanding mechanisms of toxicological effects of exposure is essential for assessing potential long-term impacts on populations and ecosystems. My project focuses on key contaminants of current relevance in Scottish coastal environment, such as those entering the marine environment from waste water treatments or industrial activities like coastal aquaculture. One of the contaminants of interest is hydrogen peroxide, due to its use as a biofouling treatment on submarine structures and as a chemical treatment of sea lice in marine salmon farming facilities. With hydrogen peroxide as the main target contaminant of the investigation, and its effects tested on sea urchins and mussels due to their ecological roles as benthic detritivores and filter feeders as well as their economic value as potential target fisheries, I hope to understand more of the impact of these contaminants on our environment.

The key aims are:

1) Use of genetic and epigenetic mechanisms to test the hypothesis that transgenerational effects may lead to long term chronic effects that may impact population-level stability.

2) Effects compared by spawning exposed adults during gametogenesis as well as transgenerational effects from spawning after a complete cycle of gametogenesis.

3) Analysis of reproductive success, growth, behaviour, and development to test the hypothesis that genetic and/or epigenetic effects have impacts on higher levels of biological organisation.