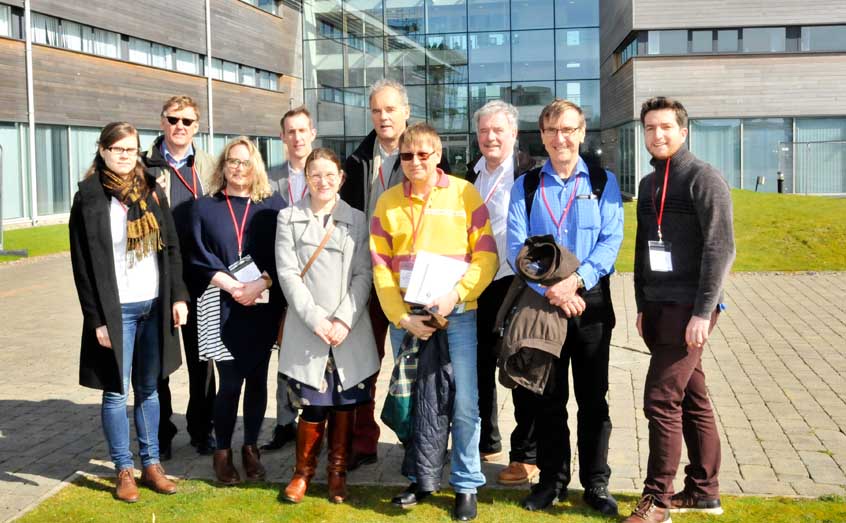 Delegates from the Organisation for Economic Co-operation and Development (OECD) were hosted last week by Highlands and Islands Enterprise (HIE) at the Scottish Association for Marine Science (SAMS) and the neighbouring Malin House, part of the European Marine Science Park.

The delegates, who had been attending the OECD’s 11th Rural Development Conference in Edinburgh, were shown how world-leading marine science and technology can work together with government to support rural innovation, business development and job creation.

As well as touring SAMS and Malin House, the visitors from USA, Estonia, Finland, Germany, France and Sweden also met businesses Xanthella, ALIenergy, CuanTec, and heard about SAMS’ world class research projects and how HIE and Co-Innovate support business initiatives in the region.

Alain Dupeyras, head of regional development and tourism at OECD, said: “At the conference in Edinburgh we heard how innovation is supporting modern rural development policy but the value of field visits like today is getting a concrete understanding of this innovation taking place.

“During our visits to SAMS and Malin House we heard several examples of innovation, such as marine renewables and algal biotechnology.”

Mr Dupeyras said he was aware of regional challenges in the Highlands and Islands, such as depopulation and demographic shifts, but added that similar rural regions within OECD countries could share more information and exchange ideas.

“I know, for example, you have a project at SAMS analysing changes affecting the coastline and land use,” he said. “Specific pressures in the north of Scotland are different from the issues around the French coast or Italian coast but we can learn from each other.”

The OECD is a key international organisation which helps countries around the world to support new business growth through innovation and working together to solve common problems.

HIE Senior Development Manager Morag Goodfellow said, “It was a pleasure to showcase how with support from HIE, marine-based businesses and marine science research and education are working together at the European Marine Science Park to foster innovation and business growth, helping to deliver more quality employment opportunities to Argyll.”