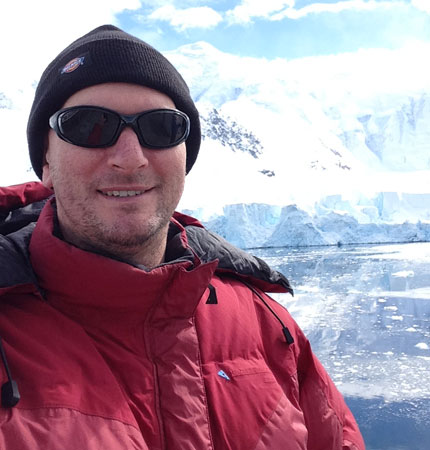 Teasing out the processes that underlie patterns of diversity is fascinating, and can assist planning strategies for conservation management.  The tools I use for this are morpho-taxonomy, biogeography, molecular systematics, phylogeography and population genetics.

The rich fauna of the Southern Ocean is managed by a complexity of treaties and conventions coupled with geo-political boundaries.  The fauna is generally considered an “Antarctic” assemblage with some influence from South American shelf fauna around the sub-Antarctic islands (Hedgpeth 1969; Griffiths et al. 2009).  Sequence data from the mitochondrial DNA barcoding gene, targeting species of Antarctic benthos, has identified more genetic and geographic structure than the “Antarctic Assemblage” model accounts for (Linse et al. 2007; Leese and Held 2008; Havermans et al. 2011; Dietz et al. 2015; Dömel et al. 2017).  The congruence of patterns across some faunal elements indicate a shared evolutionary history and, perhaps, demographic processes, suggesting that the assumptions of wide distributions, large populations sizes and broad connectivity of metapopulations – key attributes that reflect a resilient assemblage - are likely to be violated.  It appears that there are deep divergences in lineages with many cryptic species, some with reduced ranges and little or no connectivity (e.g. Sands et al. 2015; Jossart et al. 2019).  This has considerable management implications, particularly for management bodies such as the Government of South Georgia and the South Sandwich Islands that may have a two or three fold increase in diversity compared with that which is recognised, and many of the new species elements are likely to be endemics with low effective population sizes making them vulnerable to environmental changes (see Barnes et al. 2011).

One group of organisms that is of particular interest is the brittle stars – or class Ophiuroidea.  They are ubiquitous across the Southern Ocean, they are diverse with 219 described species (Martín-Ledo and López-González 2013) and often the most abundant in terms of numbers and biomass.  Several studies have identified cryptic diversity in ophiuroids.  In many cases these are “first pass” assessments where the mitochondrial barcoding gene has identified deep, cryptic divergences that tend to be geographically explicit.  For example, in the sub-Antarctic species Ophiuroglypha lymani forms a morphological complex with even its sister species, the Antarctic endemic Ophiuroglypha carinifera is subsumed Sands et al. (2015).  In other cases high resolution genomic markers are required for more rigorous genetic assessment of speciation processes, such as applied in a recent study to resolve ecological speciation in the snake star Astrotoma agassizii (Galaska et al. 2017).  In contrast to these genetic assessment, no distinguishing morphological characters have yet been identified that could be used to reconcile the majority of cryptic genetic groups within Astrotoma and Ophiuroglypha with corresponding morphologies. Morphology is, however, still the most convenient tool to use in the field for identifications and often the only measure supporting biodiversity assessments supplied to environmental managers.  Good taxonomic expertise specific to Southern Ocean ophiuroids is therefore a fundamental skill that needs to be developed alongside 21st century genetic toolkits to facilitate the surveying of Southern Ocean benthos, and by implication, its conservation (Saucède et al. 2020).

Hunter and Halanych (2008) described three deeply divergent clades in the snake star Astrotoma agassizii, one specific to individuals collected around the Antarctic continental shelf and two from the Patagonian shelf.  Further work identified that this brooding species appeared to have a pelagic or lecithotrophic larvae around the Antarctic, giving an indication that there may be a species divide as indicated by the divergent mitochondrial clades (Heimeier et al. 2010).  High resolution genomic markers confirmed strong separation between the Antarctic population and the two Patagonian Shelf populations, despite the clear ability to hybridize, indicating ecological speciation had taken place or was in the process of taking place.  Further work identified as many as seven distinct clades, two different reproductive strategies, and that the sister species, Astrotoma drachi, belongs to one of the 7 clades of A. agassizii (Jossart et al. 2019) in much the same way as O. carinifera is nested within the O. lymani complex.  There is strong evidence that both Astrotoma and Ophiuroglypha are cryptic species complexes with no distinguishing morphological characters, apart from the clade in which the sister species sits.  In these two examples, diversity has increased while population size has decreased.  If this turns out to be a pattern common to Southern Ocean species, it has profound implications for conservation management.

This leads to some key research questions:

Council member of the Systematics Association

Fellow of the Linnean Society

Member of the British Ecological Society

Member of the Challenger Society