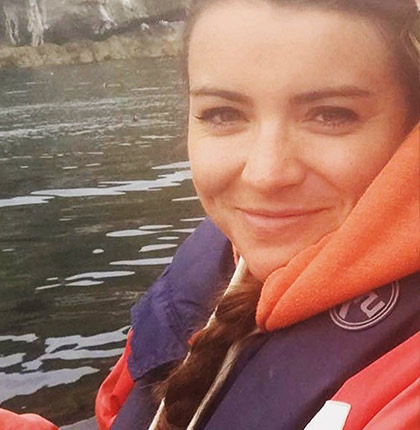 I am a marine mammal ecologist interested in cetacean and pinniped behaviour, acoustics and habitat preference. My PhD will focus on harbour porpoise fine scale habitat use in Scotland.

Unlocking the enigma of Scottish harbour porpoise fine-scale habitat use

The use of static passive acoustic monitoring devices (e.g. C-Pods) to passively listen for animals has become increasingly common for marine mammals. Harbour porpoise emit echolocation click trains at an almost constant rate, making them a particularly good candidate for monitoring through PAM.

However, it is becoming increasingly evident that monitoring porpoises using PAM is far from straightforward, with large differences found in detection rates in varying habitat, in time of day/night and time of year, and at different depths.

This project will aim to determine what drives some of these differences and identify some of the drivers that underpin porpoise distribution and habitat use. It will bring together a number of different datasets from around Scotland (e.g., COMPASS, ECOMMAS).

I led the 2019 harbour seal (Phoca Vitulina) photo ID field season at Loch Dunvegan, Isle of Skye, as part of my work for the Harbour seal decline project.

I assisted with the research carried out on the resident Indo-Pacific bottlenose dolphin (Tursiops aduncus) population in Shark Bay, Western Australia, collecting both visual and acoustic data from the research vessel. This included photo identification and passive acoustic monitoring using a towed hydrophone array.

Engaging the public and school groups with the Irish Sea and the wildlife that can be found there. I recruited, trained, and managed volunteers to assist with engagement events and citizen science survey work carried out by the Trust, such as intertidal surveying as part of the Shoresearch project, marine mammal land-based surveying and family open days at local nature reserves or beaches.

I have spent time working for EISF in both Scotland and Abu Dhabi. I have run workshops for children on wildlife conservation in the UAE, the science of sound and how animals use it, and the science of blood and the body.

Running community engagement events at the watch site, managing a team of Dolphinwatch volunteers to engage with the public, and carrying out land based marine mammal surveys as part of the Whale and Dolphin Conservation (WDC) citizen science Shorewatch project.