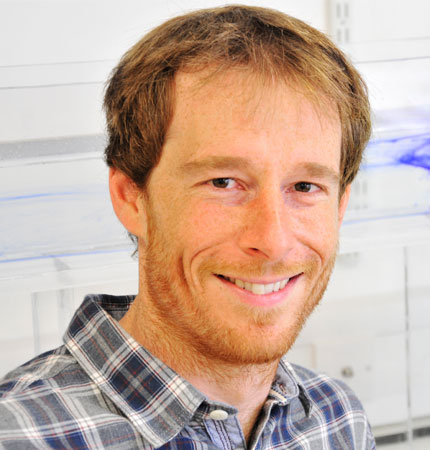 Particular interest in the use of robotic platforms for novel measurement campaigns.

The OSNAP array is an observing system between Scotland and Labrador, Canada which provides continuous measurements of heat and freshwater transport in the North Atlantic Subpolar gyre.  These observations allow scientists to track the strength of the Atlantic Meridional Overturning Circulation (AMOC) which exerts a major influence on Northern European and Arctic climate.  UK-OSNAP maintains seven long-term moorings, which along with annual CTD stations and glider occupations capture the major current pathways in the North-eastern Atlantic.  Within OSNAP, I am primarily investigating the influence of seabed topography on the path of the North Atlantic Current, which transports heat and salt towardsthe Arctic.   I am also interested in the impact of long-term ocean changes on the continental shelves and coastlines which border the Atlantic Ocean basin.

Delivering knowledge and understanding of the Atlantic Ocean system that society needs for evidence-based decisions on ocean management. Filling knowledge gaps on ocean variability, climate regulation and ocean services, and assessing how the ocean will evolve as a result of climate change and intensified human exploitation.

MASSMO is a pioneering multi-partner series of trials and demonstrator missions that aim to explore the UK seas using a fleet of innovative marine robots. With newly developed unmanned surface vehicles (USVs) and submarine gliders, the multi-phase project has successfully completed the largest single deployment of marine autonomous systems ever seen in the UK. These field trials are providing valuable insight into UK seas and the marine life they support, gathering environmental data, and feeding back vital information on how the different vehicles perform separately and together in preparation for future scientific applications. More...

The Command and Control (C2) project aims to simplify the operation of the Marine Autonomous Systems including gliders by developing infrastructure to allow piloting automation.

Fluxes Across Sloping Topography in the North East Atlantic (FASTNEt). Funded by NERC.

Oceanographic Data Tool (ODaT): Development of an online GIS data tool which translates the output of NERC oceanographic programmes (including FASTNEt, OSNAP and the Ellett Line) into products which can be used by the wider marine community. Funded by NERC. May 2016-Dec 2017

Porter, M., Dale, A., Jones, S.C., Siemering, B., Inall, M.E. Cross-slope flow driven by the on shelf deflection of a slope current: a supply of nutrients and heat to the European Shelf. Submitted to Deep-Sea Research Part I, May 2018.

I am a physical oceanographer with specialisms in observational oceanography, time series analysis and data visualisation.

A recent example of my work is the development of an online data tool in partnership with Marine Scotland, the Navy and BP to increase the value of physical oceanographic data for the marine community.  This tool was successfully employed in the Navy MASSMO-3 autonomous vehicle exercise in 2016 and resulted in a contribution to the Scottish Ocean Climate Status Report.

I am also an expert on the oceanography of waters off the Scottish west coast, and can provide advice on flow pathways, water properties and their relationship with local weather patterns.

SAMS consultancy work is delivered through its wholly owned commercial subsidiary, SAMS Research Services Ltd. (SRSL). SRSL operates a comprehensive Quality Management System (QMS) that is accredited to ISO9001:2008 standard, guaranteeing that all projects deliver the best possible service to our customers. All SRSL projects are planned by a professional programme manager who oversees a team of dedicated project managers, all of whom are focussed specifically on client delivery, and have scientific experience and technical expertise in fields relevant to their assigned projects.

Scottish Alliance for Geoscience, Environment and Society: member since 2016