Using seaweed for the generation of sustainable energy

The SeaGas project assessed the technical and financial viability of farming sugar kelp for the production of bioenergy through anaerobic digestion. The project also aims to deliver a strategy how to meet the growing energy need of an expanding human population.

AD processes traditionally use crops such as maize and beet as well as agricultural and food wastes. However, over the coming years these resources will become increasingly scarce and better used to produce food for human consumption. Seaweed could be a suitable feedstock replacement as it is a sustainable source of biomass that does not require fertiliser, fresh water or agricultural land for production. Furthermore, seaweeds have high productivity, fast growth rates and high polysaccharide content, all of which are important qualities for biofuel biomass. Despite these benefits, only one per cent of the world’s seaweed is farmed in Europe, with Asia responsible for 96.6% of the global seaweed production. The partners of the SeaGas project are collaborating to build a viable supply chain for farming and storage of seaweed in the UK, initially for the production of biomethane from seaweed through AD, but ultimately to stimulate the market and for higher value products from this sustainable feedstock.

The three-year project brings together expertise in AD process development, seaweed growth and storage, economic modelling, environmental and social impact, and the supply chain – from seabed access for seaweed farming through to biogas injection into the national grid.

The technical focus of the project is divided into three key areas: seaweed storage to ensure year-round supply, the potential for biomethane production and AD operational factors, and the environmental and socio-economic effects. The financial impact is also being assessed through a financial model created for SeaGas to include the specifics of seaweed cultivation, harvesting and storage. A novel storage system is being developed that will support 12-month AD operation and to counter seaweed availability and variability. The project has progressed from operating a series of 5-litre reactors, investigating the operating parameters, to now running two 800-litre AD reactor vessels on a pilot scale. The project has recently reached a significant milestone, producing and harvesting the largest batch of farmed seaweed from UK shores to date. This gives promise that bioenergy could be produced from seaweed using AD at a commercial scale. 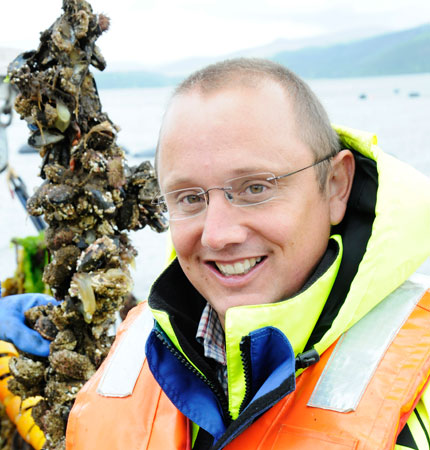